All of our ministers are longtime disciples of Paramhansa Yoganada with a deep commitment to sharing the teachings of Self-Realization.

Jiavanna Skolnik found her beloved Guru, Paramhansa Yogananda about 14 years ago at a Sacred Art retreat.  This retreat was facilitated by a disciple of Yoganda who expressed such beautiful soul qualities that Jiavanna wanted what her teacher had, and what the teacher had was Yogananda.   A number of years later she moved to Rhode Island to live and serve at the Ananda East Retreat Center in Hopkinton.

When Ananda group shifted from a retreat based work to a community based center, she continued living in Rhode Island where she has been sharing Yogananda’s teachings of Yoga, Meditation, and Spiritual Living.   She is a Hatha Yoga teacher, a Ceritified Ananda Meditation Teacher, and a Sacred Art facilitator.

Jiavanna became the leader of Ananda Center RI in 2011.  As an  Ananda Minister she joyfully serves through Spiritual Counseling, friendship, teaching, Kriya preparation classes and the performance of sacred ceremonies such as Baptisms, Marriage, Funerals, House Blessings.  She is a Brahmacharini in the Nayaswami Order. While Jiavanna enjoys meditation, chanting, walking in nature, Swamiji’s music, art and dance, one of her greatest joys is to work with anyone who is searching for God!

Ines Hudson is a devotee of Paramhansa Yogananda and Kriyaban since 2009.  Ines has taught yoga and meditation for 20 years and is registered with Yoga Alliance.  She is also a spiritual counselor and a wellness consultant who has been an active holistic healthcare practitioner for more than 20 years.  Ines is bilingual (English/Spanish) and is available to serve both English and Spanish speakers.  She is available weekends to meet with people to talk about meditation and spirituality.

Kyle McDonald has been a devotee of Paramhansa Yogananda  since 1997 and a Kriyaban since 2007.  She is a certified Yoga Therapist (C-IAYT) and meditation teacher, and continues to pursue her life long passion for yogic study and philosophy through Ananda Sangha CA, where she receives her training.  In addition to teaching yoga and meditation, Kyle is the Healing Arts Coordinator at Lifespan, (RI Hospital and Hasbro Children’s Hospital), where she shares Yoga Therapy and Meditation with patients and families.  In November of 2017, Kyle was ordained an Ananda Minister by Nayaswami’s Jyotish and Devi, Spiritual Directors of Ananda Sangha Worldwide. 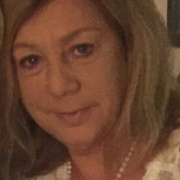 Kelly Doyle is a devotee of Parmahansa Yogananda and a member of Ananda Rhode Island since 2001. She is an Ananda meditation and yoga instructor, sharing the deep benefits of Self Realization practices with her students. Kelly is a licensed holistic counselor with a private  practice in Wickford RI. She feels that it is a great privilege to serve and support people on their journey of freedom in God.